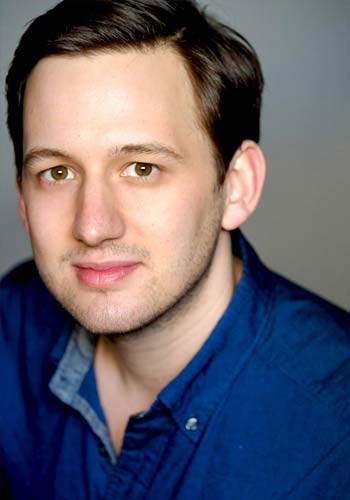 Diverse is a family driven by passion and determination and to be part of it is prepares you for success. We are the largest performing arts school in Dubai with a pedigree in performing arts that spans the globe

Head Of Musical Theatre and Singing

Adam trained in Musical Theatre at The Guildford School Of Acting (GSA) graduating in 2012. Adam has since furthered his training in film and television at the Actors Studio, Pinewood Studios. Adam has been lucky enough to work in many theatre and film projects since graduating.

Adam has been working as a singing teacher and musical director at Guildford School of Acting (GSA) at both the college itself and their Saturday juniors program. Adam has also taught at varying other schools in and around London since graduating in 2012. He has worked extensively with children and young adults developing their, understanding, self confidence and ability in the Musical Theatre medium. Adam has taught both domestically and internationally for an array of different schools all enjoying the passion and energy he brings to his classes. Adam has an excellent success rate in Lamda and Trinity exams and has been teaching the curricula since 2010. He has worked with many students pursuing acting as a career and had great success in gaining students acceptance into drama schools in the UK and America.

Adam has worked in different areas of the industry in the pursuit of furthering his career and has amassed a large number of skills. Although Adams main experience is in acting and singing, both himself and as a teacher, he is just as comfortable sitting in the director’s chair and leading a project to completion. Adam regularly directs plays that go to the Minack Theatre, Cornwall and Windsor Fringe Festival, Windsor. Adam has also directed, short films, educational films, and many theatrical and business adverts.