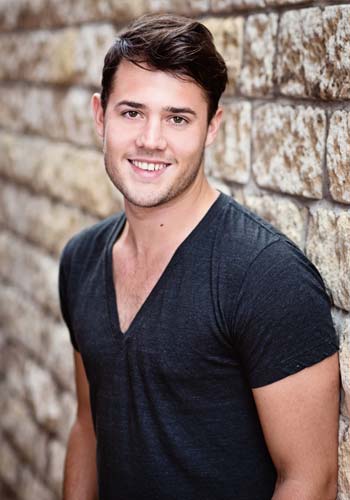 My passion is inspiring young people to work hard and follow their dreams.

Head of Musical Theatre and Singing

Ben is an award winning actor from Scarborough, North Yorkshire. At 16 Ben moved to London to study Musical Theatre and TV at The Italia Conti Academy of Performing Arts in London. At the age of 17 he successfully auditioned for BBC’s ‘Any Dream Will Do’ (Andrew Lloyd Webber’s search for a Joseph). Ben made it to the Semi- finals narrowly missing out on the title role. It was seen by over 12 million people live every Saturday night, and continues to be aired in many countries around the world.

This sparked Ben’s hugely successful career in performing. He was cast as the original Link Larkin in Hairspray at the Shaftesbury Theatre in the heart of London’s West End. Staying with the show for 2 years. Ben won a ‘What’s on Stage Award’ for ‘Best Actor in a Musical’ and was nominated for a prestigious Olivier Award.

Other theatre credits include:

Ben is a sought after teacher in the UK, being invited to run workshops at many of London’s most prestigious Theatre schools including; Italia Conti, Performers College, Laine Theatre Arts and Mountview. His hugely successful ‘Hairspray Workshops’ saw him teach to over 100 dance schools all over the UK.

Before moving to Dubai Ben was heading up the Musical Theatre and Drama department at a prestigious private school in the Midlands, receiving a 100% success rate in his most recent LAMDA Drama exams.

Being able to pass on all he has learned from the world’s biggest directors, choreographers and creatives is what drives Ben to push for success.

He is thrilled to be a part of the Diverse team!