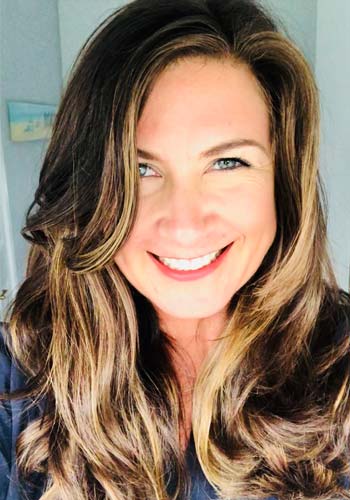 Amanda studied Dance, Drama and English at Montfort University achieving a 2:1 and has been performing professionally all over the world and teaching performing ever since.

UK performer Amanda, has vast professional singing experience beginning her career in Killing Rasputin just off London’s West End, moving onto the European Tour of Magic of the Musicals and then winning the role of “understudy Sophie/Ensemble” in Mamma Mia! in the West End. She then took a lead singing role on a touring production of A Night at The Musicals and progressed to play the lead role of the Narrator in Joseph and The Amazing Technicoloured Dreamcoat on the UK tour, and in the West End.

Amanda has performed with numerous function bands at Weddings, Functions and Corporate Events. Off the back of Mamma Mia she sang for many years in different ABBA tribute acts at functions and on theatre tours, as well as Grease and Dirty Dancing Live. She went out as a solo vocal artist all over the UK and Internationally for private parties, wedding ceremonies and new year celebrations. Events in Dubai have included shows at Dubai Parks and Resorts playing the Queen in the Frog Prince and at The Emirates Palace Abu Dhabi, she played the roles of Mary Poppins and Snow White.

Amanda has written, produced and directed shows, productions and events, and written and recorded songs along the way. One of her songs was heavily featured on adverts and TV and still pops up now almost 15 years later. She has been featured on the UK’s longest running soap Coronation Street, played a role in The Jury for ITV and plays a role in the film Burke and Hare alongside Isla Fisher, Simon Pegg and Andy Serkis.

Amanda has been working with Diverse since 2016 and is thrilled to be part of this incredible team. Having had some of the best vocal training from 2 leading vocal coaches in the UK, she integrates these invaluable techniques into students’ lessons and is consistently adding to her own vocal ability and training to develop her skills further. Her teaching experience dates back to days of teaching dance and musical theatre at Stagecoach and other schools around UK

Now, as a qualified NLP practitioner, she prides herself in instilling a positive mindset in all her students, focusing on building confidence, whilst working on overall performance technique. Supremely passionate about music and performing, her classes are always inspiring, uplifting and fun filled. Amanda is hugely popular with the younger students.