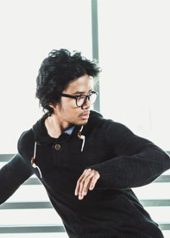 Aside from learning moves and technique, I also make it a priority that the children’s time in class is a fun and enjoybale experience that they will never forget!

EauJ hails from Manila, Philippines & has a bachelor’s degree in Computer Science with specialization in Computer Network Engineering. You read that right. After completing his college education, EauJ, rather than continuing down the IT path, pursued a different interest.

After graduating in 2004, he flew to the United States to go to some of the biggest dance studios in Los Angeles & New York City where dance enthusiasts from all over the world come to train. After acquiring the necessary skills, he flew back to the Philippines & became one of the few dancers & choreographers to possess a new & fresh style of dance. Not being content with what he already knew, he went back to Los Angeles & New York in 2006 to further elevate his skills.

Eau J has worked as a choreographer for one of the biggest musical variety TV shows in the Philippines & has helped choreograph music videos & live performances for A-list celebrities. He is also a sought after dance teacher & has held workshops all over the country.

In his last year in Manila, he together with his wife, Joan, helped run a dance studio & had raving public reviews in just its first year of operation.

Eau J has since moved to Dubai & is now involved with the biggest dance studio in the city: Diverse. He has done a variety of shows, dance workshops and was featured in the 2014 August issue of Young Plus Magazine.

More than anything, Eau J’s passion is teaching. That is why he always looks forward to his classes where he can help bring out the best in his students.

Teaching Hip Hop at all levels, EauJ has been with Diverse for over 9 years and is incredibly popular with his students, with hip hop consistently being one of our busiest classes!