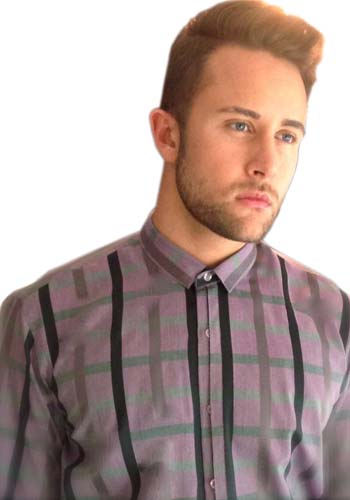 Watching students living their passion and supporting them in chasing their dreams on a daily basis is an amazing thing to be a part of.

Head of Jazz and Dance Teacher

Jared started dancing at a very young age at his Grandmothers’ prestigious dance school in South Africa. A passion for performing as well as teaching runs deep in his family.

Jared went on to graduate from The University of Technology with a dance degree and specialized in numerous genres of dance. Since graduation, Jared has taught extensively at various studios and after-school dance programs in South Africa for beginners, intermediate and advanced levels. He taught a variety of styles including Contemporary, Jazz, Musical Theatre, Commercial, Afro-Jazz and Show Dance (Adage).

Some of the highlights of his career include the following: Lead dance role in the international touring cast of ‘High School Musical Live On Stage’ Asia, played Bartholomew in Jesus Christ Superstar – Andrew Lloyd Webber (South Africa), South African Idol – touring with top South African recording artists, dance rolls in various South African movies, dance captain in numerous corporate events. Some of the other highlights were performances alongside Cirque du Soleil solo artists, Edyta Sliwinska (Dancing with the Stars USA) and Broadway star Amra Faye Wright (longstanding lead in Chicago) Since his arrival in Dubai in 2012 he had been performing at some of the UAE’s most prestigious venues and events. Jared had performed in opening acts for international artists such as Nicki Minaj and Snoop Dog.

Jared or ‘Derek’ (as he is sometimes known) teaches Musical Theatre Dance, Contemporary and Dance Fusion.